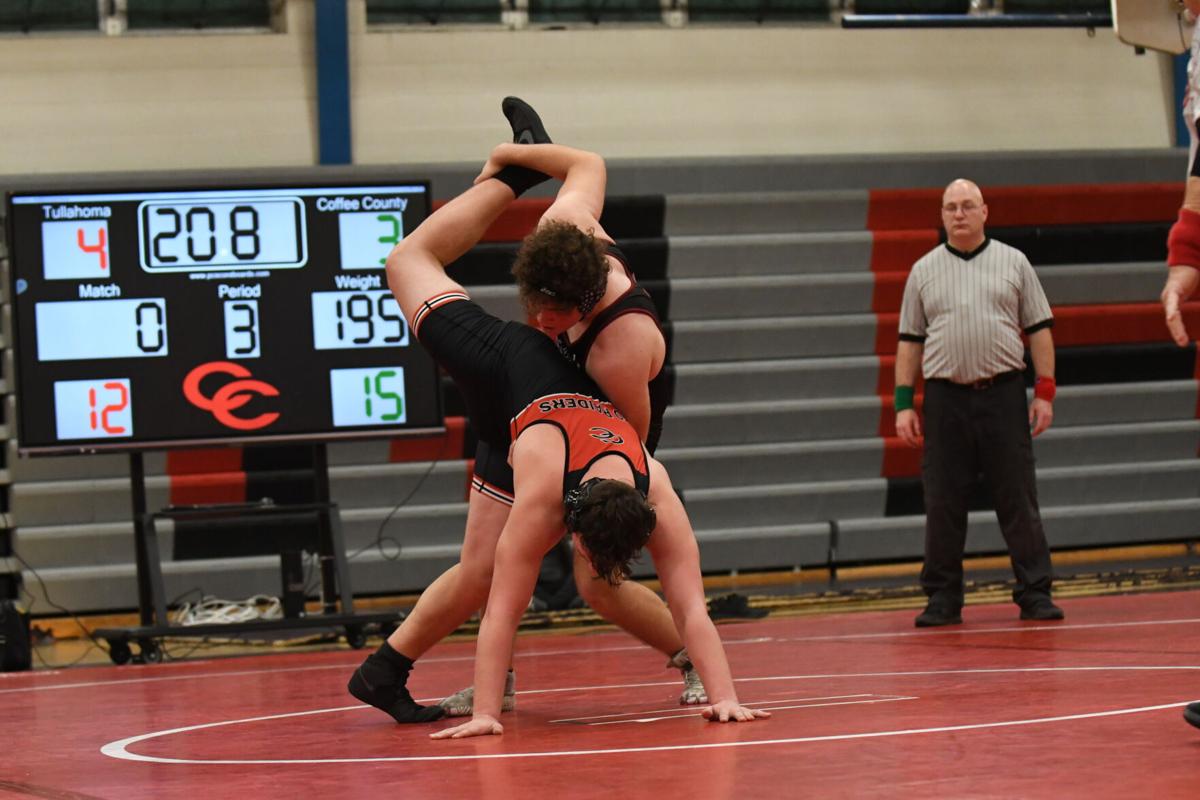 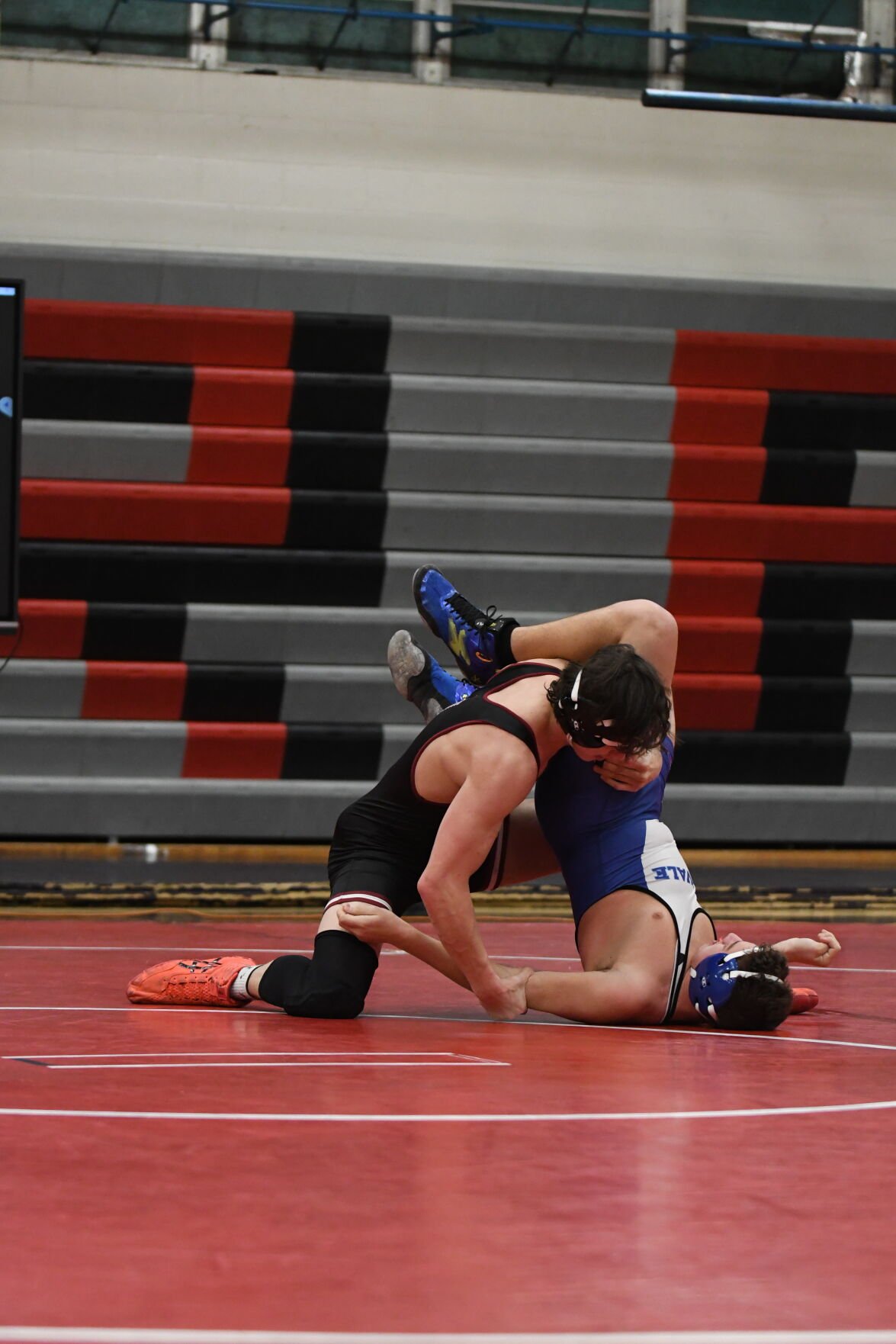 The Tullahoma boys’ wrestling team dominated on the mat Tuesday night, besting Rockvale and Coffee County. The Wildcats nearly doubled the Rockvale Rockets 53-27 and finished the night off with a 45-27 victory over the Coffee County Red Raiders.

Caiden Mears started the night off strong for the Wildcats. Mears pinned his Rockvale opponent in the first period to secure six team points.

Elijah Coleman suffered a hard fought loss in the second period to tie the dual.

The Wildcats controlled the next three matches. Jerzy Hendrix pinned Aden Clemons in the third period for six points. Connor and Cadan Avans both pinned their opponents in the first period to grasp two big wins for the ‘Cats.

Senior Brett Smith lost by a 6-5 decision after fighting hard for three periods. The Wildcats still dominated 24-9 in the duals match.

Roark Konyndyk pinned Nicholaus Crowell during the second period to increase the Wildcats lead to 30-9.

The Wildcats forfeited their 220 weight class and gave the Rockets an automatic six points.

Zech Swiger got his hand raised when pinned his heavyweight opponent in less than two minutes. Justin Frank pinned his opponent in 56 seconds for another Wildcat win. Jacob Morse took a forfeit win for the Wildcats to keep Tullahoma in a hefty lead.

Isaiah Reid fell to his Rockvale opponent during the second period. The Wildcats gave up another six points to the Rockets through a forfeit.

Beau Banks finished out the first duals match with a pin in the second period.

The night finished off with the cross county rivals taking the mat. The Wildcats fell behind in the first three matches. Coleman lost to Joshua Bowland in the second period. Jerzy Hendrix lost to Jacob Barlow with a 6-2 decision. Jack Damron fell to his opponent in the last second of the first period.

At a 15-0 deficit, the Wildcats started to work their way back. Connor Avans pinned Erik Foster in the first period to gain six team points. Cadan Avans pinned Devin Judge in a little over a minute to earn another six points. Smith won his match with a 4-3 decision with a last-minute takedown to grab the lead. The Wildcats were tied 15-15 with the Red Raiders midway through the meet.

Konyndyk was pinned by a Red Raider in the second period to give the Raiders a 21-15 lead.

The ‘Cats gave up six points with a forfeit in the 126 weight class.

Banks came back with a win over Gabriel Wesrbrook in the first period. Mears finished off the duals match with a 14-8 decision victory to finish the meet.

The boys’ wrestling team is currently ranked fifth in the Class A state poll, tying the 2007 team for highest ranking in program history.