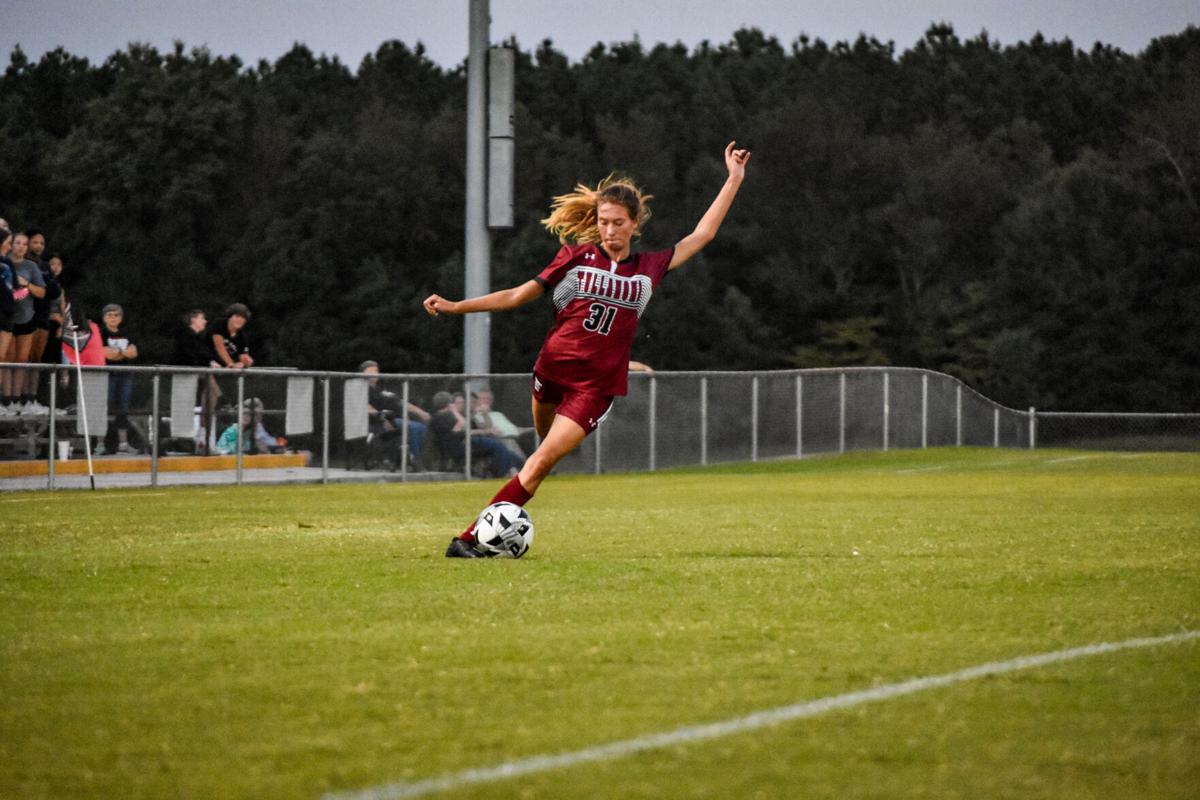 Paisley Simmons winds up to boot the ball across the field. 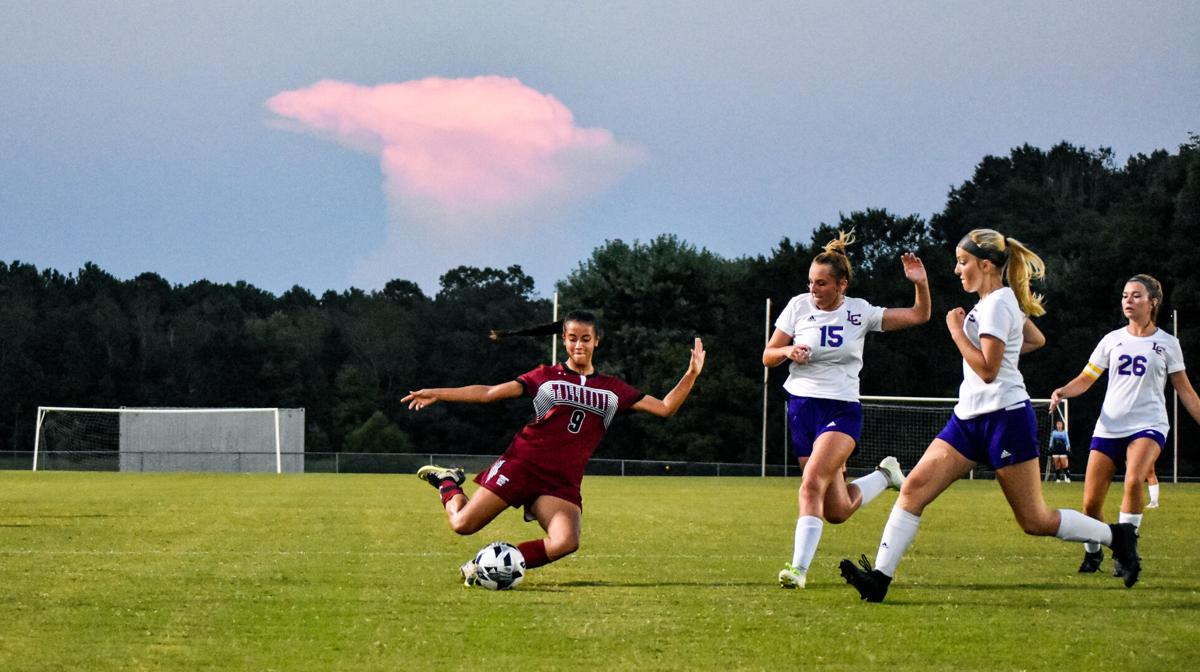 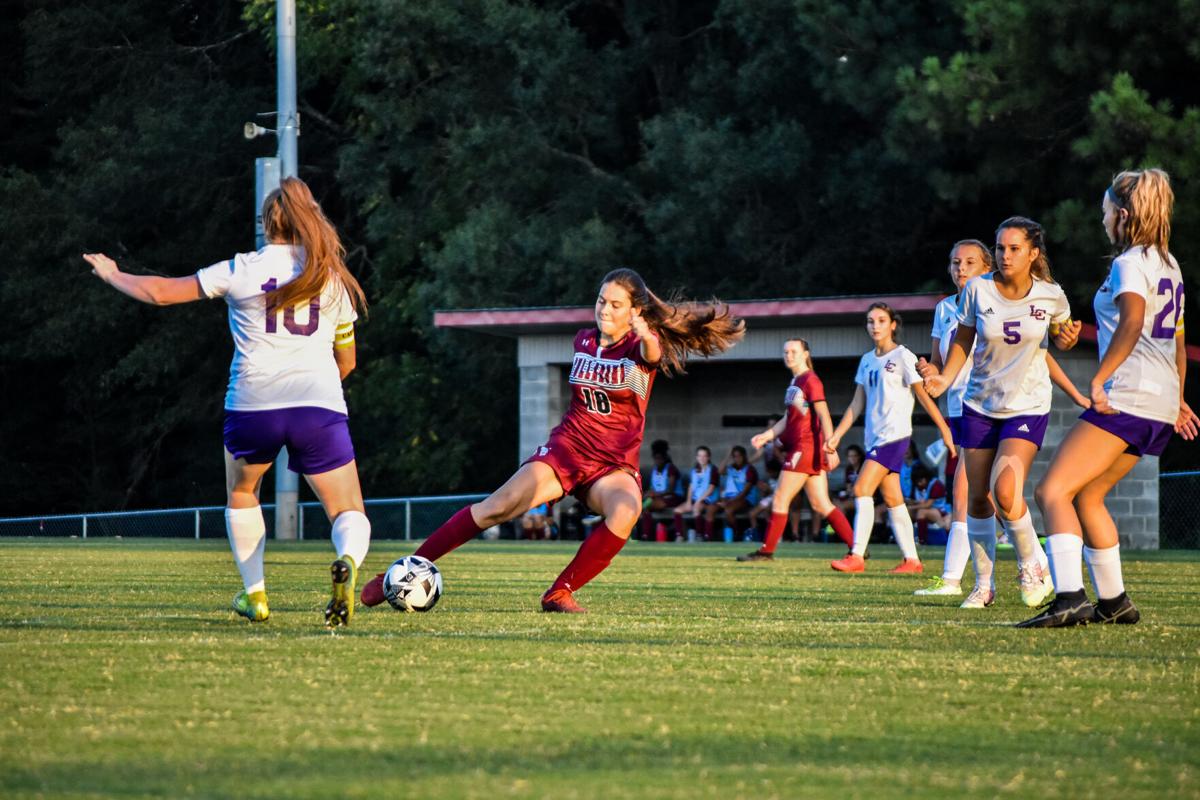 Mada Uraite steals the ball away in the midfield during Tuesday night’s game.

Paisley Simmons winds up to boot the ball across the field.

Mada Uraite steals the ball away in the midfield during Tuesday night’s game.

The Tullahoma Lady Wildcats continued their undefeated season with an 11-2 district victory over the Lawrence County Lady Wildcats Tuesday evening. Tullahoma was ruthless during the second half, scoring seven goals in the span of 20 minutes.

The Lady Wildcats recorded their first district win during Tuesday night’s match, starting off the game strong with two goals in the first 7 minutes of play.  Amy Johnson played a through ball to Paisley Simmons to for the first Tullahoma score of the night, but Simmons was still hungry for another goal.

She then made her way down to the last third of the field, where she connected with Lily Storey to record the second Tullahoma goal, bringing the Lady Wildcats to a 2-0 lead over Lawrence County.

Lawrence County’s striker Kaitlynn Littrell was the only visiting Wildcat to hit the back of the net all night. Her goals came in the first 20 minutes of play. Tullahoma’s defense quickly shut Littrell down.

Tullahoma answered Littrel’s goals back quickly when Johnson broke through the Lawrence County defense to have a successful one-on-one shot on the goalie. Adriana Escamilla then forced her way through the defense to score once more, giving the Lady Wildcats a 4-2 advantage at the half.

After halftime, the Lady Wildcats came out hungry for more, netting seven more goals in 20 minutes to end the game with a “mercy rule.”

Midfielder Lily Storey was the first to hit the back of the net in the second hlaf, advancing the Wildcats to a 5-2 lead. One minute later, Johnson made her second goal of the night with an assist from Kaylee Smith, Tullahoma’s starting goalkeeper. Johnson then secured her hat trick with another one-on-one goal in the seventh minute bringing the Wildcats to a 7-2 lead.

Ashlee Weaver also found the net with an assist from freshmen Laura Buenrostro, widening the scoring gap on the Lawrence County Wildcats to 8-2. Buenrostro followed in Weaver’s footsteps scoring the ninth goal in the 10th minute. Escamilla struck again, scoring the 10th goal, bringing the Wildcats closer to their final tally. Buenrostro then topped off the game with a goal in the 20th minute, which ended the game 20 minutes early due to the mercy rule.

“If you take away seven minutes from the first half, it’s a great evening,” Head Coach Richie Chadwick said. “It’s not just one girl or two girls scoring. This shows that we are really dynamic. The girls have to be hungry. They can’t just settle.”

The Lady Wildcats were set to travel to Marshall County to take on the Lady Tigers Thursday, Sept. 9, and then play host to the Coffee County Red Raiders in the annual Coffee Cup Saturday, Sept. 11. Results of the matches were unavailable at press time. Check Wednesday’s issue for the Coffee Cup match recap.

The Tullahoma Lady Wildcats will take to the road against the Page High School Lady Patriots on Sept. 14. Kickoff is set for 5 p.m.