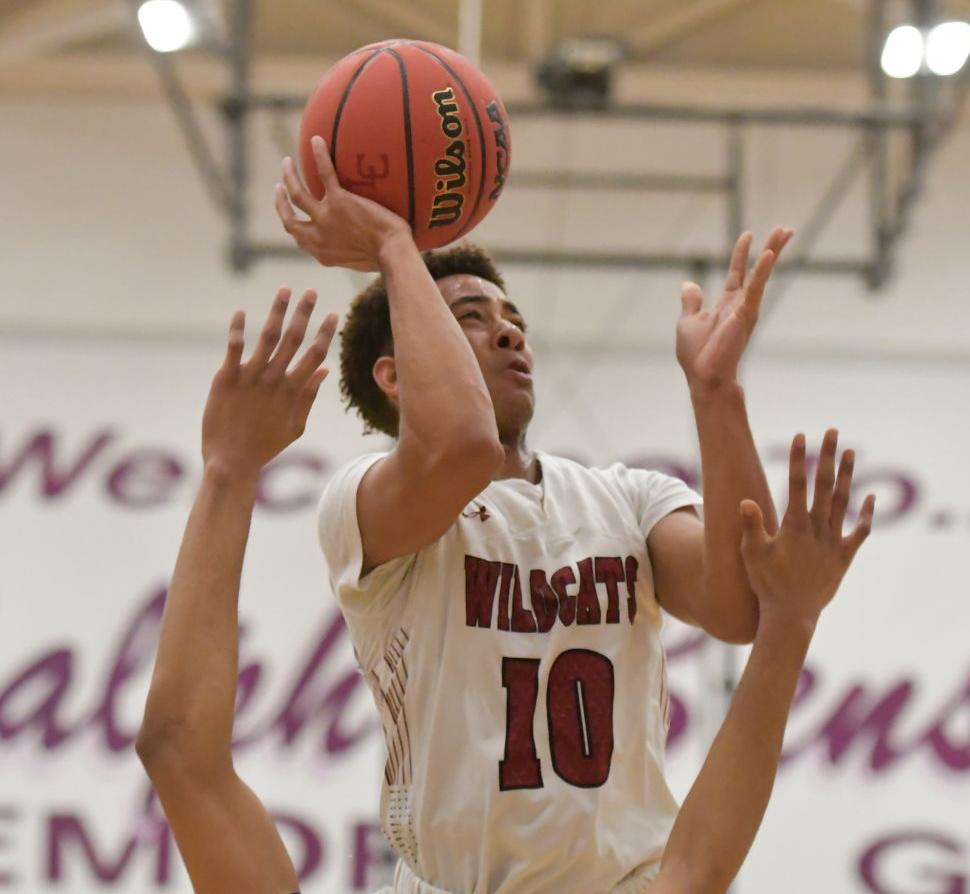 Tullahoma guard Austin Secrest puts up a shot against Siegel on Tuesday. Secrest scored 15 points for the Wildcats against the Stars. 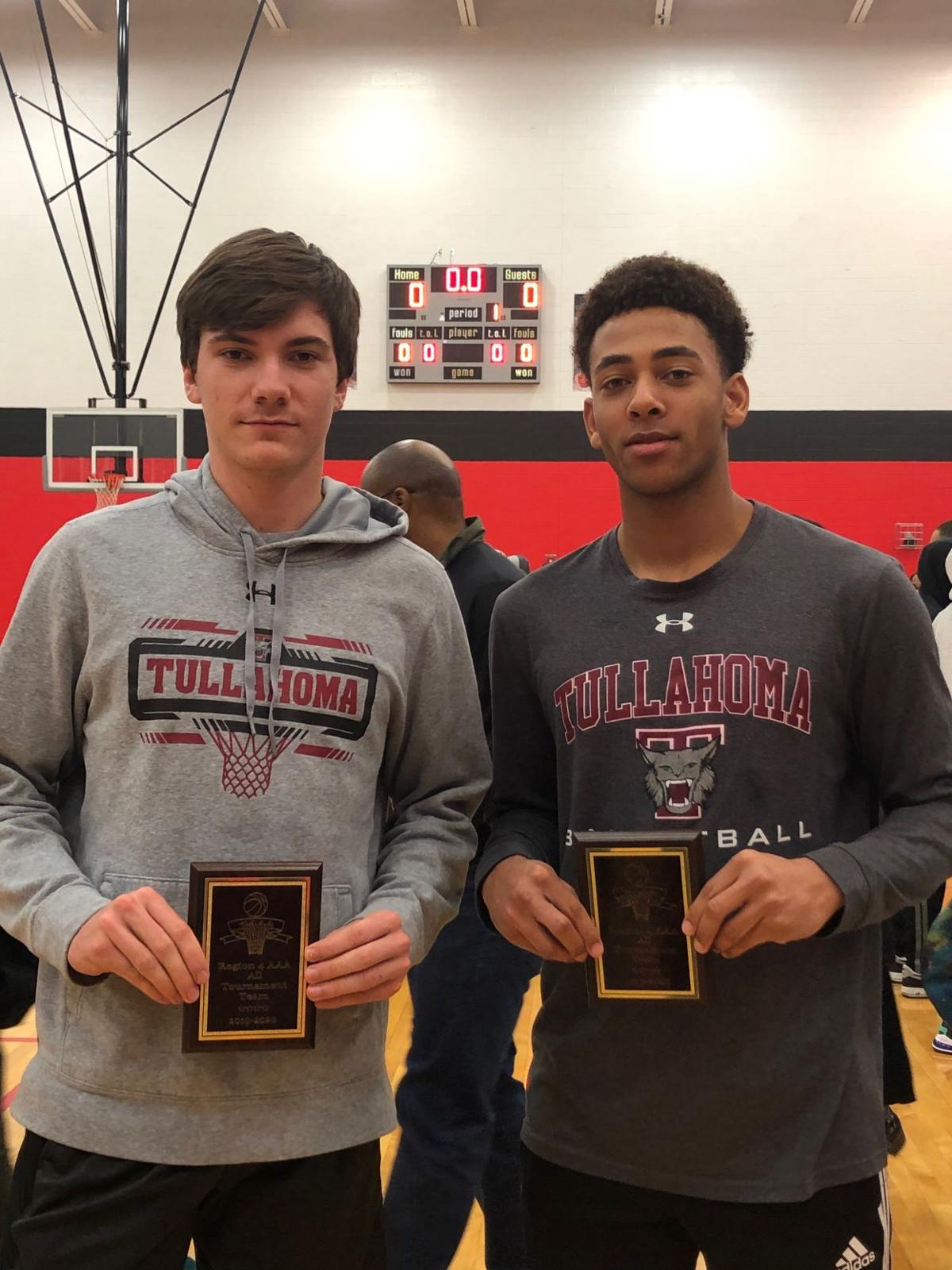 After Tullahoma cut it a one-point game at halftime, Siegel dominated the second half to capture an 87-67 win in the semifinals of the Region 4-AAA Tournament on Tuesday in Lawrenceburg.

The Stars went on to face Blackman in the region title game on Thursday. The loss ended Tullahoma’s season, as the Wildcats finished the 2019-20 campaign with a 16-16 record.

“After the game, you just go back and tell them how much you love them,” said THS Head Coach Jason Welch. “We went through all the players and talked about the seniors, about how much they’ve grown throughout the season. I just wish we were able to keep those three seniors, that’s how special they are to me. Jake [Hollandsworth], Austin [Secrest] and Ben [Fulton] they’ve changed their games and have been getting better.”

Early against Siegel, Tullahoma struggled and with 3:06 remaining in the first quarter, the Stars led 19-2. However, the Wildcats closed out the opening period on an 8-2 run, and trailed 21-10.

Krys Uselton led off the stretch with a basket for Tullahoma. Secrest followed with back-to-back three-point plays to close out the opening quarter for the Wildcats.

Tullahoma sustained that momentum in the second period, netting 26 points in the quarter. With two minutes left in the first half, the Wildcats trailed 35-28, but once again closed out a quarter on an 8-2 run.

Fulton scored the first five points during that stretch for Tullahoma. Fulton first hit a basket while being fouled and then converted the free throw, before adding another field goal. With nine seconds remaining in the first half, Jake Hollandsworth buried a 3-pointer and the Wildcats trailed 37-36 at halftime.

“We started finally doing what we do,” Welch said. “Coach Birdwell does a fantastic job. They were really good and are a top 10 team in the state. We weren’t afraid of them, we were just missing shots and were hesitant to go do some things. Once we lowered our head and got after it and played, we had success.”

Out of the break, Siegel put up the first five points of the second half, to open up a 42-36 advantage. Secrest got Tullahoma on the scoreboard after knocking down a 3-pointer, cutting the score to 42-39 with 6:05 remaining in the third period.

However, Siegel went on to dominate rebounds in the second half in order to fully take control of the matchup. The Wildcats struggled on the offensive end, scoring just four more points in the third period while also turning the ball over eight times in the quarter. Fulton and Hollandsworth were the two Tullahoma players who scored in the final five minutes of the third period.

After trailing 53-43 with a minute left in the third quarter, Siegel concluded the opening quarter with all of the momentum. With five seconds left in the period, Jaylen Wetzel knocked down a 3-pointer for the Stars. On the ensuing inbounds play, Wetzel stole the ball and then buried another three as time expired in the third quarter, giving his team a 59-43 advantage.

Uselton scored Tullahoma’s first four points of the fourth quarter, making the score 61-47 with 7:23 remaining in the contest. Siegel went on to take control at that point, putting together a 10-3 run to open up a 71-50 lead with 5:54 left on the clock.

Tullahoma outscored Siegel 17-16 the remaining of the contest in the loss. Uselton and Fulton led the Wildcats in scoring in the final minutes, each netting six points. Mays Snipes added a field goal, while Jacob Dixon hit a pair of free throws and Joe Duncan added a free throw.

“I probably didn’t sub as much as I should have. I thought we got a little tired in the second half,” Welch said. “We couldn’t keep them off the glass in the second half. [Matthew] Schneider killed us. He’s a heck of a player… That’s a really good team and I hope they make the state tournament.”